Suppositories are one of the lesser-known ways of taking CBD, and probably the least popular. This isn’t too surprising, but they do have their place and are beneficial for a variety of reasons.

What are CBD Suppositories?

CBD suppositories are oblong or conical-shaped “pellets” that are inserted rectally or vaginally. They typically consist of CBD hemp extract and coconut oil. Once inserted, they are meant to soften within the body so that the CBD can absorb into the bloodstream through mucous membranes in the body.

Why Use CBD Suppositories?

Suppositories have a superior bioavailability compared to other methods at around approximately 90+%. They also work very fast by entering the bloodstream and bypassing the liver. This makes them popular among medical marijuana patients because it reduces the intoxicating effects of THC.

This method is also popular with users who cannot swallow or digest traditional edibles. Unlike sublingual oils that often have the downside of icky flavors, suppositories pose no risk of upsetting nausea in those sensitive to tastes.

Suppositories are becoming somewhat popular among women as a possible solution to menstrual cramps. When inserted vaginally, some users report that they can quickly reduce cramps, inflammation, and general discomfort. For others, such as those suffering from endometriosis, vaginal suppositories are not reserved just for their period. Instead, they are a part of their daily routine.

Are There Any Downsides?

CBD suppositories tend to be on the expensive side compared to the more popular sublingual CBD oil drops. Packs of them tend to be small and difficult to find for purchase. It’s for this reason that many choose to make their own suppositories at home. Making your own suppositories can be a more cost effective way of getting the CBD you need without paying a premium.

The method is also a little intimidating to some, and it can be an (initially) uncomfortable way of using CBD.

When using suppositories, it’s important to remember that they are meant to melt down so that they can be absorbed. But to insert them they need to be firm. So store them in a cold place, such as the fridge.

Fluid can leak out after insertion, so pick a time when you can lay down for a while. Right before bed may be ideal.

We recommend products based on our own independent research and consumer reviews. If you make a purchase through links on this page, we may earn a small commission at no extra cost to you. Learn more. 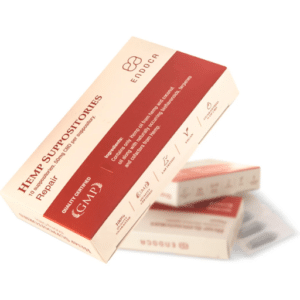 10% off with code CBDOILUSERS at checkout 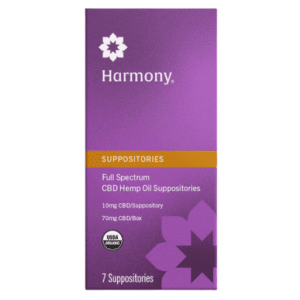 20% off with code CBDOILUSERS at checkout

Sarah Jorczyk is an advocate for CBD products and one of the Administrators of the CBD Oil Users Group on Facebook. She strives to educate the public, and promotes the use of safe products while helping others throughout their CBD journey. You can also find a variety of her content, including reviews and educational videos, on the group's youtube page.

Please tell us what you think below. Your email address will not be published.

Not Sure Where To Start?

Looking for the Best Deals?

Save money with our exclusive coupon codes for all major brands

Questions About How Much to Take?

Our Guide to the Strongest CBD Oils for 2021

What’s the Difference Between Full Spectrum, Broad Spectrum and Isolate?

What’s the Difference Between Hemp Oil and CBD Oil?

What Are Terpenes In CBD Oil and How Do They Work?

Will CBD Oil Make You Fail a Drug Test?

Our mission is to educate and inform those interested in CBD oil products so they can make the right buying and usage decisions for themselves.

We are consumer advocates who provide educational content and product recommendations for consumers based on our extensive research and feedback from other users.

We take our role as educators seriously. Our educational content is based on medically-reviewed articles and published medical studies to the extent possible.

Learn more about us

We are a consumer education website and do not sell any products ourselves. If you have questions about an order, please contact the company that you ordered from. We are also unable to provide medical or legal guidance.